History made at Lucky’s Lake Swim but now back to normal and more . . .

If you had swum this last week, you would have noticed a few more cars and big vans than usual in the front yard at Lucky’s Lake Swim.  And no, Lucky has not started renting out his yard for parking.  The parking overload was because the USA National Special Olympic games happened in Orlando, and two events were being hosted at Lucky’s Lake Swim, the stand-up paddle-boarding and, more near and dear to our hearts, the inaugural open water swim at the USA games.  Although we have had Special Olympics athletes swimming at Lucky’s lake swim for 20 years (apparently a well-kept secret), Special Olympics has finally caught up and recognized open water swimming as a sport.  So this race was a historical event.

Josh Olds from Miami (who finished 16th overall in the Golden Mile® two weeks ago) broke our 2000K club member, Gregg Dedic’s, Special Olympic course record by over 3 minutes.  It was an awe-inspiring time of 14:59.44, which is even more remarkable when you learn that he accidentally swam to the stand-up paddle-boarding finish line and had to swim another 50 meters over to the open water swim finish line.  Josh was so fast that we could not find a unified partner quick enough to keep up with him, and yes, he did that time while wearing a safe swimmer buoy.  After the swim, Rowdy and Lucky agreed to race Josh, but only if they could do it as relay and wear fins.

In the women’s division, Catherine Darrow from Colorado broke the Special Olympics 1K Course record of Orlando’s Lauren Bergquist by a phenomenal 7 minutes with a time of 21:16.32.

It was fun while it lasted.  Unfortunately, all that is left as a reminder of the historic event are a few tents and the fragrant aromas emanating from the remaining porta johns that have been basking for days in the Africa hot Florida sun.

We are returning to our regular summer schedule; the only exception will be on the 4th of July, when the swim time will be 7:45 AM.

Congratulations to Geno who finished his 2200 crossing today!  Not bad for a ninety-one year old.  When asked for some sage advice Geno reportedly said “I have lived nine decades  spending 98 percent of my money on wine, women and swimming, and I now  I have come to realize I wasted the other two percent.” 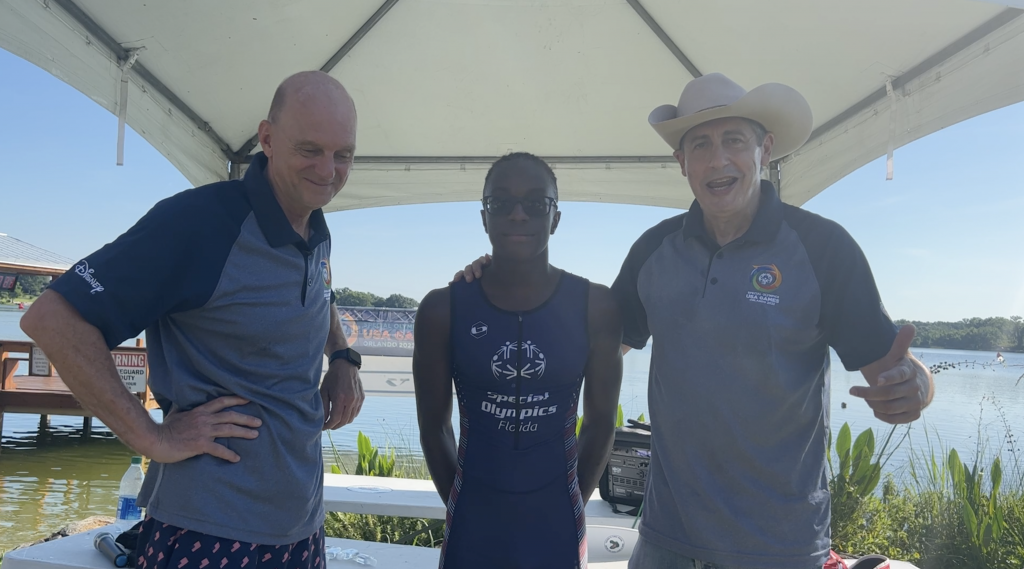 Josh Olds from Miami (standing between Rowdy and Lucky) made history on Wednesday when he won the inaugural open water swim during the USA National Special Olympics Games, which was hosted at Lucky’s Lake Swim.  Josh’s time for the 1K swim was 14:59.  He would have been faster had he not swam to the paddle-board finish line first. He should have never taken guidance advice from Lucky before the race. 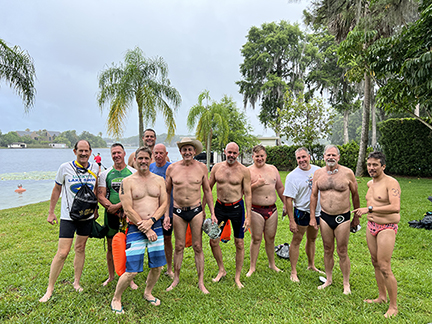 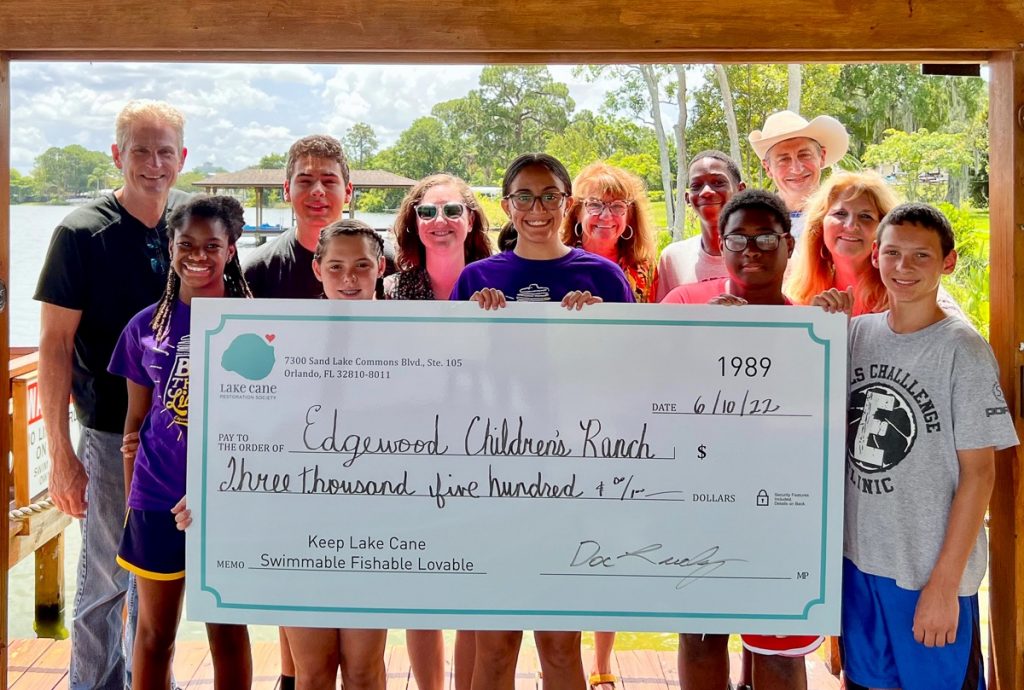 Finally, we got the check from the Easter swim to the Edgewood children’s ranch. Jay said this check was lost, but he found it yesterday under the cushion of his sofa (Jay has a big sofa.) To clarify, Megan’s and Barb’s faces don’t normally look that red, but they recently returned from a tour of the Chernobyl reactor core, and forgot to wear their lead based sunscreen.