Great swim today with about 100 showing up. Several first timers with some from Sweden two different families that did not know each other. How strange to meet in America at a lake swim. What are the chances? Apparently better than winning Powerball.

Easter eat pray swim is coming up fast.  Tom is still looking for some volunteers you can sign up here. Volunteer SIGN UP EASTER.

Over a third of the slots have been already filled in the Golden Mile. Sign Up Now. before the race closes out. We have added some younger age groups as well.  10-u, 11-12, 13-14, 15-18  (The younger age groups will not be handicapped for the “swimmer of the ages” division as there are no age group world records)  They will be eligible for the open fastest swimmer division real gold, silver and bronze medals. They will also get GSS American Championship certificates for the winners in each age group and age group medals for first through third. 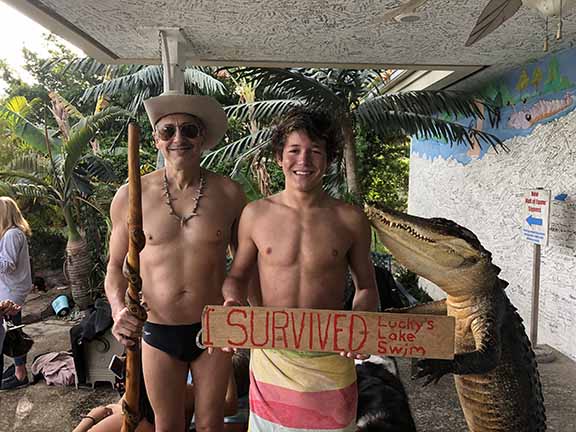 John Beattie, Grandson of local swimming legend Jack Beattie swam last week. Three Generations of Beattie’s doing the Lake Swim. He’s fast too, 21.7 at age 15 for the 50 free. Lucky used to swim this fast too, not! 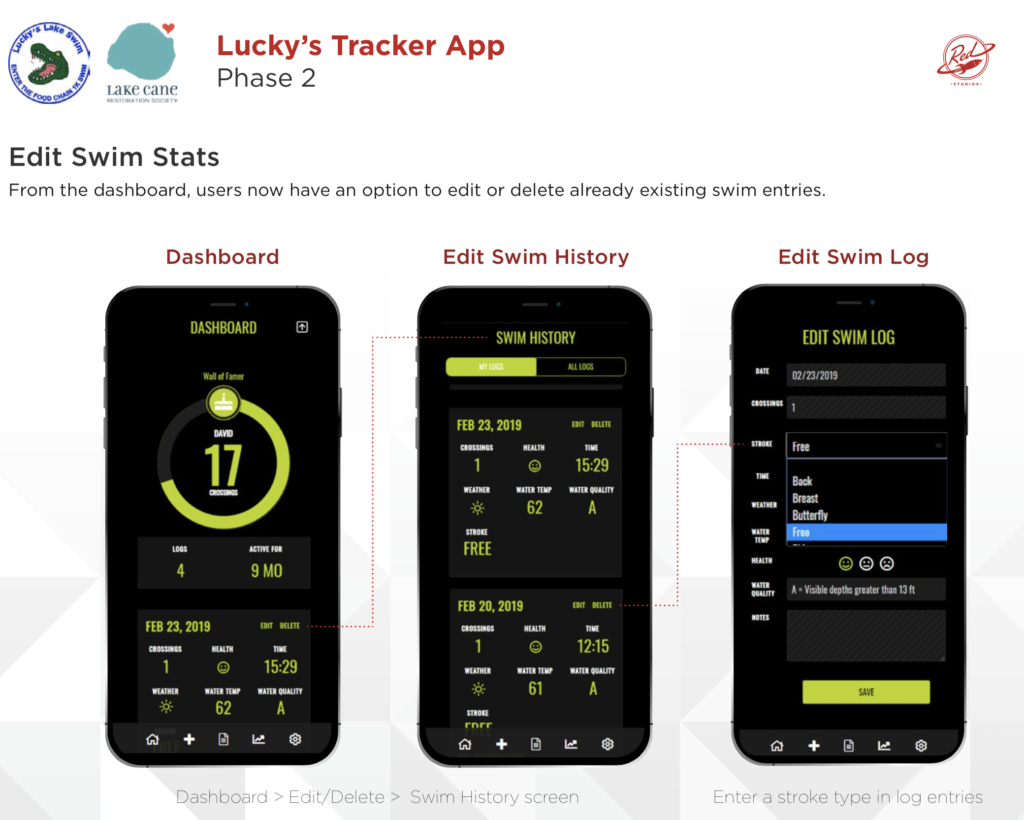 The Lucky’s Swim Tracker version 2.0 is now live thanks to David Reagan and his team at Red Rocket. Don’t be a luddite, ditch Lucky’s paper log sheets and use this program. The best part about it is it is FREE. Sign up Here 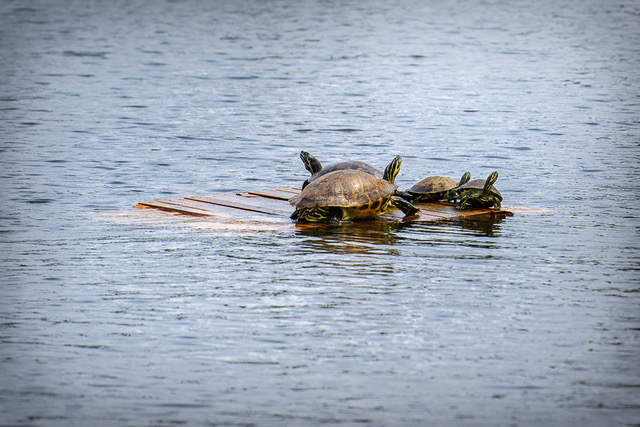 Turtle Island is getting so crowded they are starting to sell time share space. All these turtles are from Ohio, they thought they were going to listen to a quick talk and then get free tickets to Disney. Now they each own a bit of space on turtle Island. 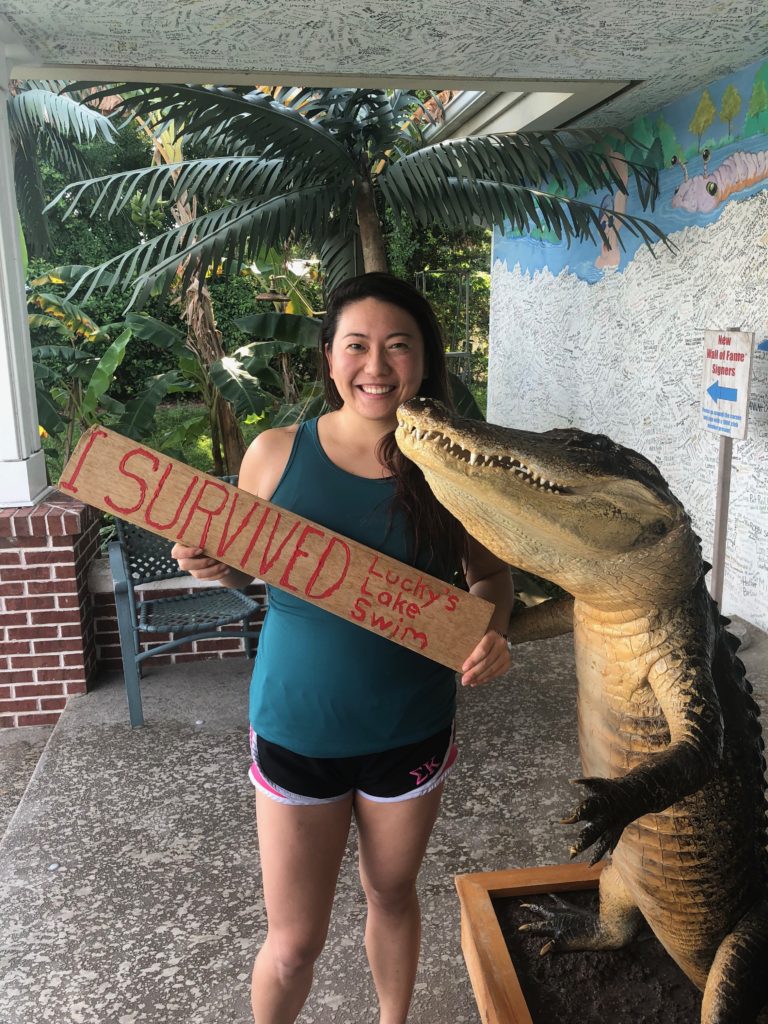 Qing Li swam today. She has completed two of the three legs of the triple crown (English Channel and around Manhattan) she is scheduled to complete the third leg (Catalina Channel) later this year. She is heading over to swim Tampa Bay in a couple of weeks. You would think someone that has graduated from MIT could have figured out a equally painful sport, but which doesn’t require as much time. I was thinking about Russian face slapping competitions for instance (yes there is such a thing). 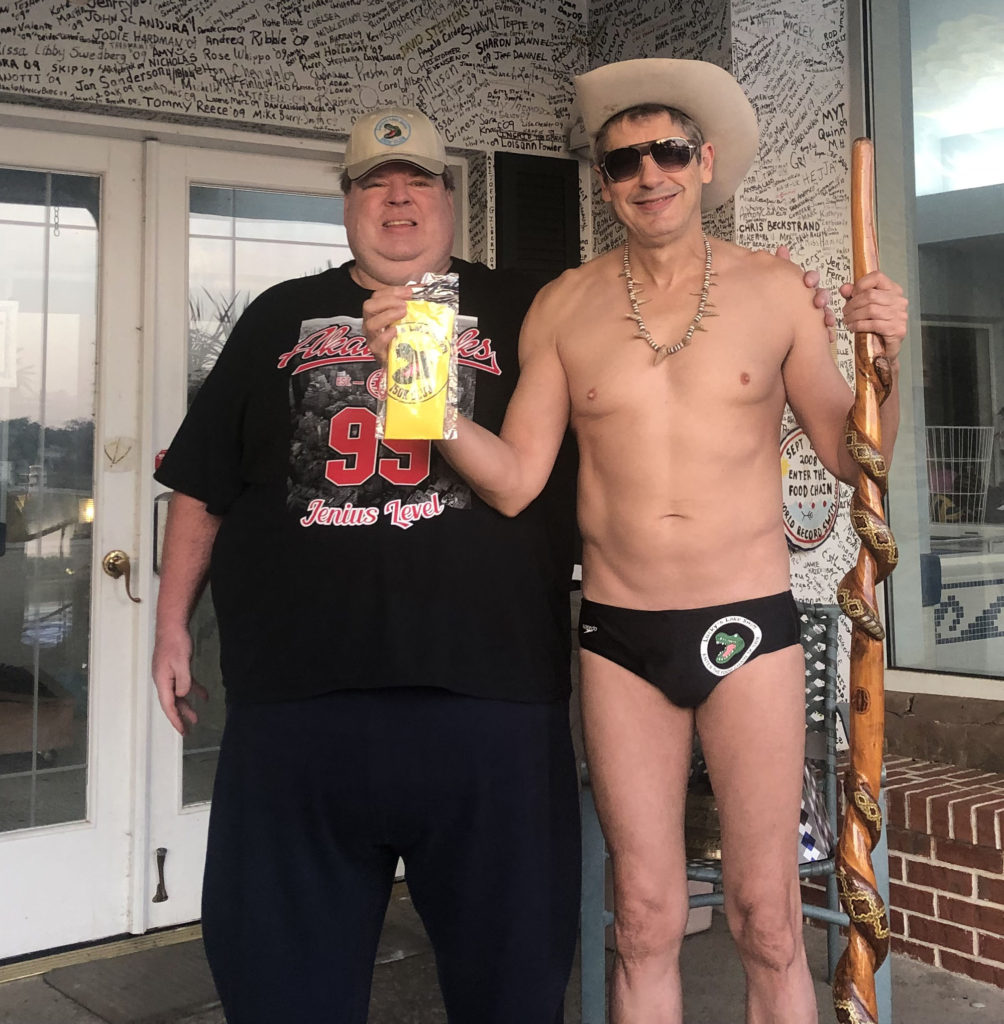 Lucky presents Joe his 150 K club cap. Joe is so happy that he has signed up to swim in the Golden Mile. He is training to break the 90 minute barrier and challenges anyone to swim slower than him. So, don’t complain to Joe that you have not entered the swim because you’re too slow, he will give you no sympathy. 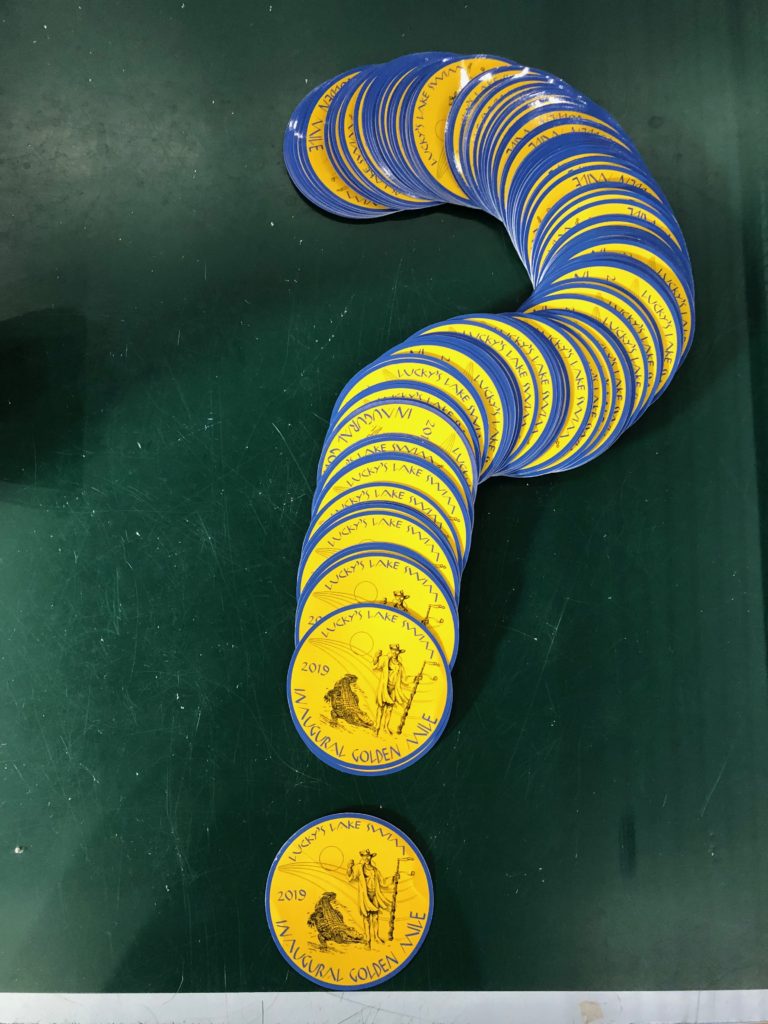 Nice all weather stickers for the inaugural mile to be in all the goodie bags. The question is – have you already registered? Oh! I get it now.  The stickers are in the shape of a question mark. Wow, I wonder how long it took them to come up with that idea. (I would guess as much time as they spent thinking about a good plot line for the Captain Marvel movie). www.DocLuckysGoldenMile.com 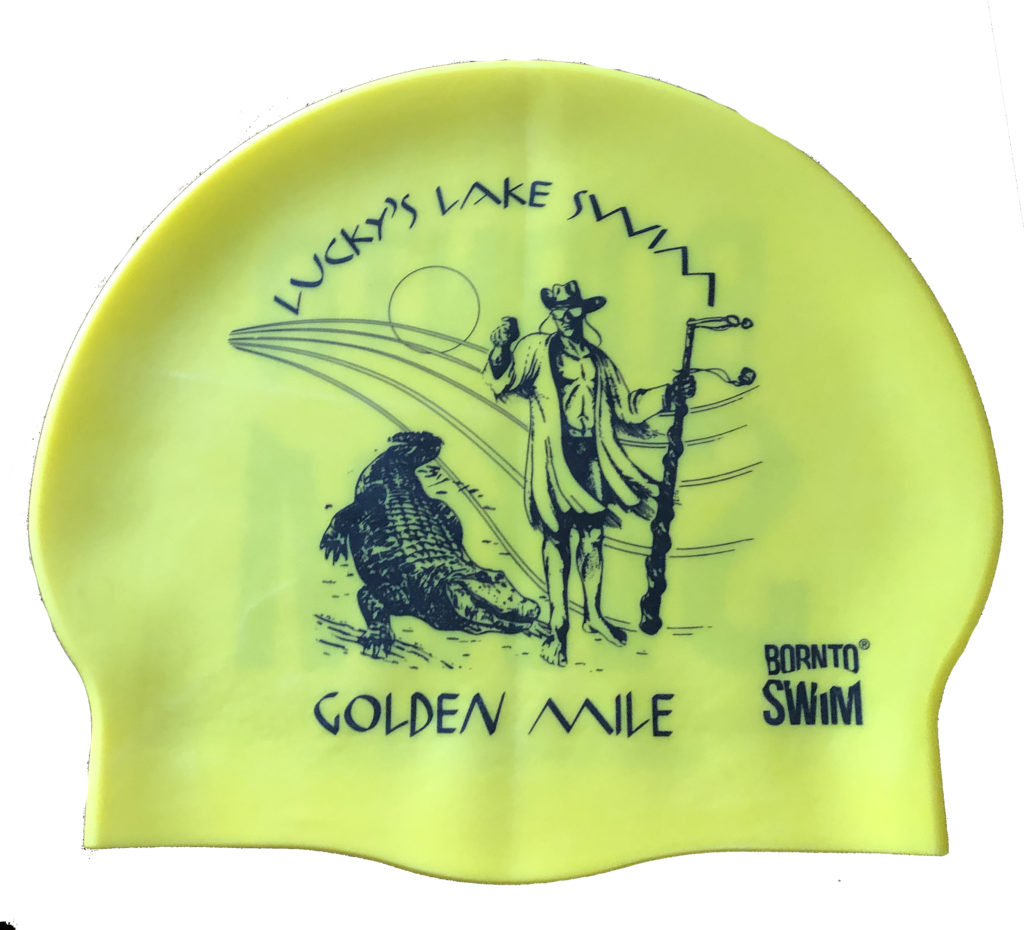 The golden mile racing caps supplied by one of our great sponsors BORN TO SWIM. The caps are gold in color, but if you look directly at them they appear more of a lime yellow. This is an optical illusion. Close your eyes and they go back to being a metallic gold color every time, open back to lime green. Pretty amazing, I still haven’t figured out how they do it. 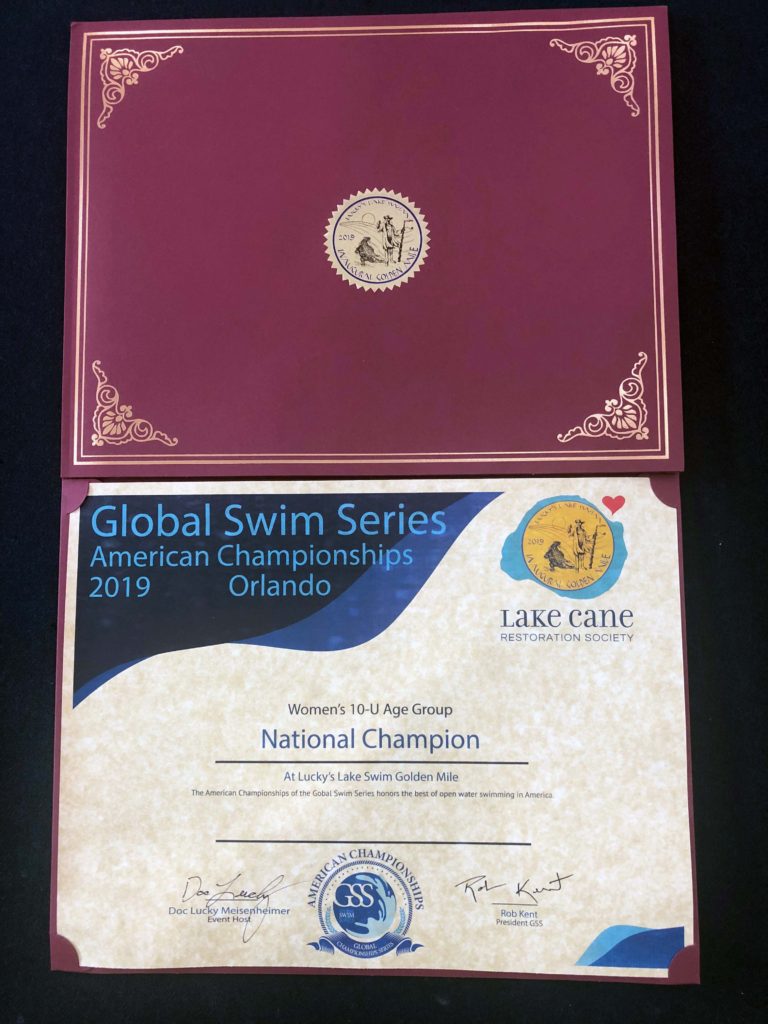 Yes, we have young age groups in the Golden Mile now. Bring the whole family, as long as they can all swim. We frown upon entering mother-in-laws, that are non- swimmers, into the race, no matter how great an idea you might think it is.

Thank you Red Rocket Studios!!!!! You give Pete Gold something to live for every morning. Check out the Lake Swim Crossing tracker it’s free! 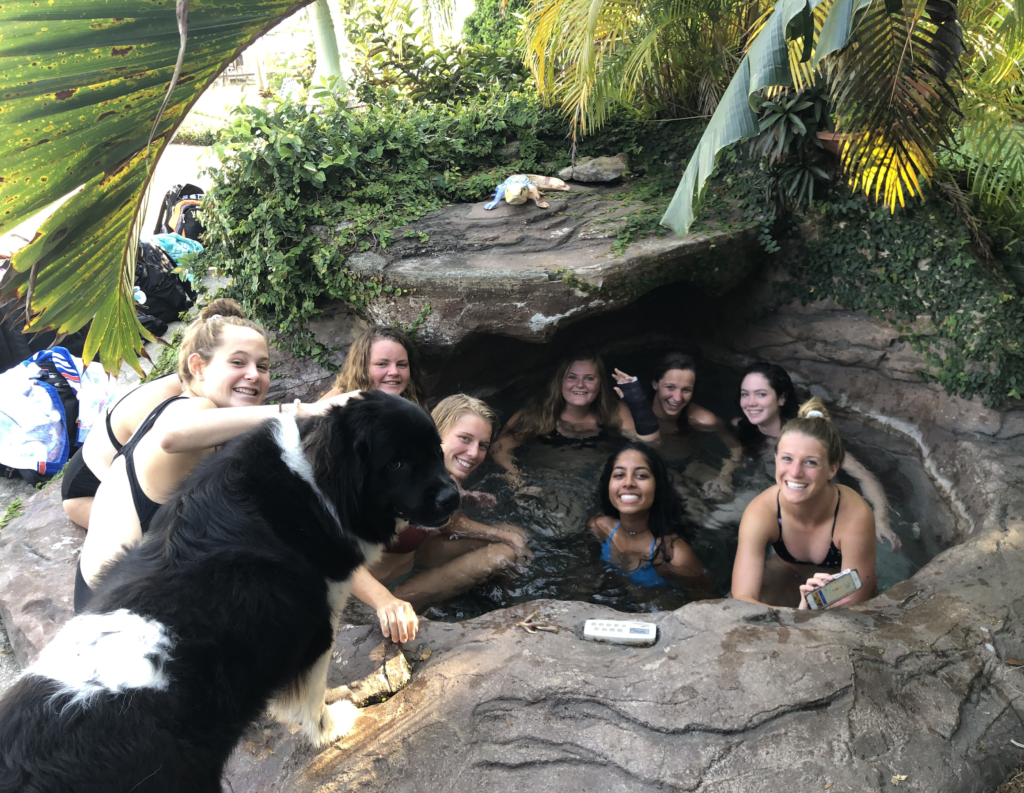 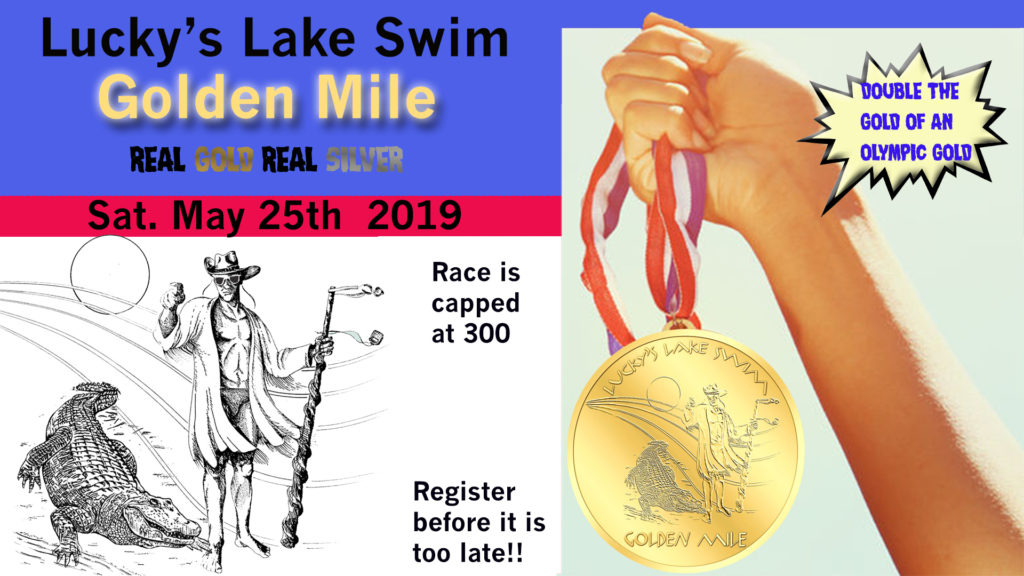